Using variables with the SSH Task on Bamboo Build Server

The quick solution is you can use ${bamboo.env}, where env is your case-sensitive var, in any Task field (except the password).

The Atlassian SSH Task and Bamboo Variables docs do not give actual variable usage examples so I wanted to share a basic example with helpful screenshots. Below are some key features of Bamboo vars:

I used this in a deployment project to deploy to an environment named DT.

I have defined the following variables in Bamboo. I suggest using all lowercase since the variables are case-sensitive.

Inside the the ssh task for this deployment you can now use ${bamboo.env}. In this example I am using variables two different ways.

They are referenced with the same syntax. It does not matter that my build server is windows and my targeted host is unix. 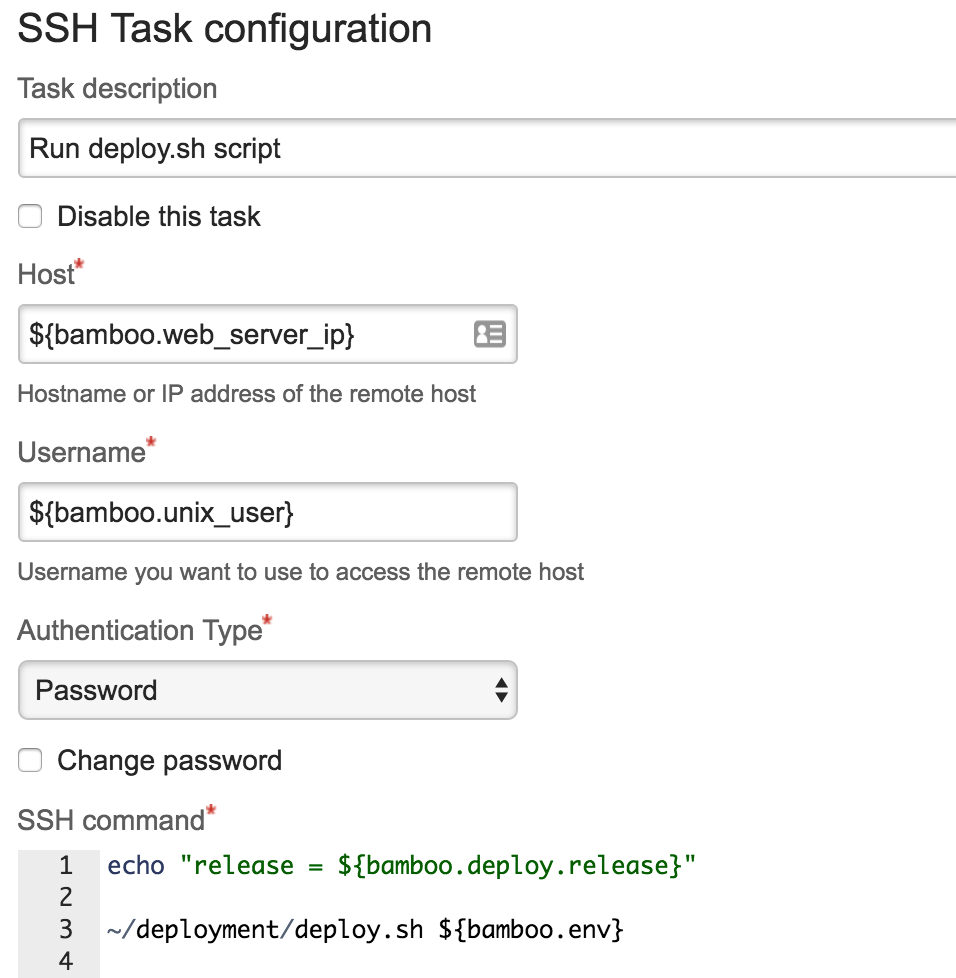 3) Verifying the substitutions in the logs

Bamboo will log each substitution. Below is what to look for in the deployment logs.

If you are watching the live/dynamic logs as it runs you will see an even more obvious notification like the one below:

Tags
bamboo
devops
Notice a typo or something incorrect?
Leave a comment or submit changes via GitHub.